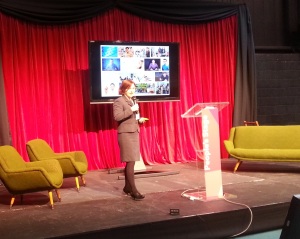 On Tuesday 4th November I gave a talk on the People’s Stage at the Dublin Web Summit. ‘The Dos and Don’ts of Consulting’ was my theme. After nearly twenty years at the coal face, I figure I qualify as an expert.

I had great fun.

Unaccustomed as I am to public speaking, it was brilliant to give it a bash in a safe environment. The People’s Stages are small and frequented mostly by passers-by, who avail of the free chairs while they plan their day.

I expected most of my audience to be either distracted or half asleep. If I huddled over the podium, muttering into my notes, they would probably start snoring. I knew I could do better. I’ve been lucky enough to see fantastic speakers who know how to hold their audience – Joel Spolsky, Herb Sutter, Cindy Gallop.

Channelling ‘gripping-speakers-I-have-seen’, I created short, one-or-two-word slides with lots of pictures, and memorised my talk so that I could fix attendees with a beady eye.

It was a real triumph. By the end of my allocated seven minutes, most of those sitting in front of me were looking up and giving me their attention. A couple of the volunteers laughed at some of my jokes, and the sound engineer said in astonished tones as I left the stage “That was really good!”

When an earnest audience member approached me afterwards to point out a suspected anomaly in my content, my happiness was complete.

In 2005 I had the good luck to be the first to spot a minor error in Scott Meyers’ classic book ‘More Effective C++’.  He keeps meticulous records, so you can see the details here – search for 5/25/05.
This is my greatest claim to C++-Nerd-dom, but if you want more proof, I have actually read all of Alexandrescu’s ‘Modern C++ Design’. Even the bit on Symmetry with the Brute-Force Dispatcher.

I had this problem after we lost a domain name for a Joomla! site.

I copied the Joomla! site back onto the server using a new domain name, which allowed us to use the same database. There were two issues:
– I had to change some configuration settings, but Joomla! reported that it couldn’t save configuration.php. I ended up changing it via Filezilla.
– Virtuemart displayed nothing until it was configured to use the new domain name (see this post on that topic.)

Once I had the site running and looking ok I had to update the theme. This was impossible because of the write permissions issue. I couldn’t write to any location on the server via Joomla! I tried everything in this useful post, but no joy.

I found a setting on the hosting site’s control panel called ‘Website Write Permissions’, and ticked it. This fixed the Joomla! write permissions, but what else does it do?

Next step: update to the latest versions of Joomla! and Virtuemart, and urgently review site security.

I want to allow eager readers to sign up on my website to receive emails from me. I have a MailChimp account and my WordPress expert told me it would take five minutes to install a plugin that uses it.

Yeah, right. Not for me! I installed the plugin and supplied my API key and got this message:

“Uh-oh, we were unable to verify your API Key. Please check them and try again!
The server said:Could not connect (ERR 13: Permission denied)”

Frustratingly, a couple of people logged the same issue on the WordPress forum over a year ago but never received a reply.

The solution lay with my hosting provider. They block outgoing connections by default, but you can add them to a whitelist. Once I did this the problem went away.

If you compete in the TopCoder SRMs, the TZTester plugin is very useful. It calls all the tests for you and displays the results, saving valuable minutes in the arena.
I used it with my old computer but couldn’t get it working on my new one, and with the clock counting down, sod’s law was against me.
$RUNTEST$ and $TESTCODE$ sat in my template, stubbornly refusing to become useful C++ code.
The solution was simple – I found it here.
Just make CodeProcessor your default editor, instead of (in my case) popsEdit.

If your TinyMCE control isn’t appearing and just looks like an ordinary text area, check the tinyMCE.init({ syntax. Missing or extra commas or other syntax errors here will cause the init to fail.

When calling the MailChimp listBatchSubscribe method via PerceptiveMCAPI in ASP.NET, I got the followng error:
“A parameter is of, or contains an instance of, type CookComputing.XmlRpc.XmlRpcStruct which cannot be mapped to an XML-RPC type”
I panicked, thinking that the PerceptiveMCAPI, which up to now I’ve found flawless, might be broken for this one, vital method. Was it unable to process the Dictionary

My ASP webpage containing a TinyMCE control worked in Chrome but was broken in IE9. Clicking the ‘Send’ button simply didn’t trigger the sendnow_click event, which I verified by putting a breakpoint in the debugger.
The solution was to remove a superfluous ‘form’ from the page.
I hope this post helps a fellow sufferer.

When trying to start my server in SQL Server Configuration Manager as usual, I got the message:
“The request failed or the service did not respond in a timely fashion. Consult the event log or other applicable error logs for details.”

So, the solution was a bit embarrassing. I removed the password from my logon this morning. Apparently, SQL Server doesn’t like Windows logons with no passwords.
Once I added a password again, and typed it into the properties for the SQLExpress server, everything went back to normal. Phew. 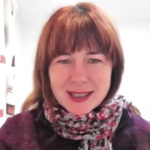