Tracking Bugs with no Budget

When I started in one role, I found that there was no source control or issue tracking system in place for my very small team.

No source control was something I hadn’t seen since 1997. I absolutely could not write code without source control. I had Git set up after a couple of days.

Then I turned my attention to issue tracking. My constraints were as follows:

When considering a choice of issue logging system I had the following criteria in mind:

1) Free (that ruled out Jira and TFS, the two systems I’d used most recently)

9) Easy to extract data if upgrading to e.g. Jira later

I hunted around and made up a list of potential candidates. I quickly ruled out the following, which at a glance had looked promising:

BugLogHQ – provides a unified view of error messages sent from applications and servers – not what I wanted.

LogDigger – is to monitor your Java app health

By this stage I was starting to abandon my scientific approach. There was something attractive about Trac. Intending to check out more details of the other systems later, I started fiddling around with the Bitnami Trac install. Surprisingly quickly it was up and running on my machine. IJW. I like it.

Although I explained to my new team what it was and what it was for, Trac was regarded with suspicion at best. The first few defects were all logged by me. There’s no way to force adoption of these things. (At least, there’s no way to force it if you’re a software consultant who’s only just arrived in the office.) Progress was slow, but the interface is clean and quick and easy to use, so I had high hopes.

Then the work started to happen.

By the end of the first year. over 900 issues had been logged and processed via Trac. It never gave us any issues. After a few months I transferred it off my PC to a vm, easily and quickly with no loss of existing data.

It’s highly extendable but everything we needed was there out of the box. I only added one plugin, to change the workflow to allow for a ‘testing’ status.

The source code integration is simple, gives you lots of unexpectedly useful tools including colour-coded revision logs, and provided a great sanity check for the status of our central Git repository.

I highly recommend it. 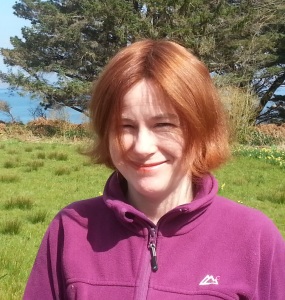